I am having a terrific time doing book clubs. They are more intimate than signings in a book store. People have read the book and are eager to ask questions. I have met so many interesting and delightful ladies (and a few husbands.)

A theme has developed around the locations and characters in THE MESSENGER. At a recent meeting, the hostess served Veuve Clicquot champagne which really blew me away. We all raised a toast to Karen and Sami. Another meeting featured Middle Eastern food from a local Afghan restaurant. The hostess served Cloudy Bay Sauvignon Blanc and decorated the room with bouquets of tulips. (If you don’t recognize the significance of these, you need to read the book.) We had twenty plus women at that meeting and it was wonderful! I just wish I had more time to chat with each person.

The lovely hostess at my latest meeting helped me find a Bedouin looking scarf to match my gold earrings from Saudi Arabia (see photo below.) We scouted out a local Middle Eastern market that had wonderful hummus, olives, and baklava, a desert made from phyllo dough, honey, and nuts. We all mugged for photos and had a great time.

Theme or no, book clubs provide an ideal opportunity for learning about people and hearing their stories. We begin by discussing the book, but subsequently learn how each person relates to the story, its themes, characters, and settings. So many had fascinating—and often hysterical—stories to tell about their own travels. Imagine waiting in a restaurant while the chef hunts down dinner and butchers it. The meal could take hours!

One woman remarked that she had known an Iranian-American doctor who was put in a situation similar to Sami Nasser after his brother was conscripted into the Iranian army.  She said THE MESSENGER had reminded her of that, which made the story so real.

Another lady was intrigued by a flash-back into the past of one of the extremists. When she imagined him witnessing the destruction of his tribe in Yemen by a drone attack, she could understand why he might hate Americans. “I hadn’t really considered it from their perspective,” she stated.

We discussed serious issues such as,  will the West and Middle East ever reconcile with such divergent cultures? We also shared many laughs, pondering the possibility of space aliens building the pyramids. I’m with you Sis, they are probably out there. 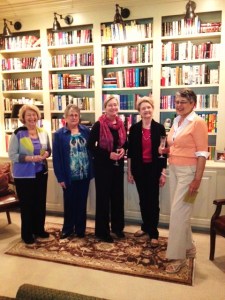 I received three main impressions from my readers comments. First, most of them read the book in one sitting. Second, they wanted more—didn’t want the book to end.  Third, they want a sequel.

I am deep into my second  novel but I hear my fans. The kernel for a sequel to THE MESSENGER is taking shape. I may have to put my current endeavor on hold—or else learn to write two novels at the same time. I know some authors who do that. Not sure I can, but I will certainly give it a try.

My next book signing will be held on May 4th at the Page and Palette bookstore in downtown Fairhope, AL. The event is from 6:00 p.m. to 8:00 p.m. EST. I will be joining a group of local authors promoting their books as part of the “First Friday Author Roundup.” Can’t wait to meet them and visit Fairhope again. Follow this link for more details: 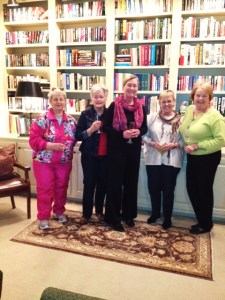